In 1888 the community of Seville, in northwest Volusia County, was a relatively large and prosperous town. The 125 buildings included four brick stores, three hotels, a schoolhouse, a town hall, and a jail. Five churches were already built and holding regular services or were under construction.  A restaurant, a drug store, barber shop, two blacksmith and gunsmith shops, a livery stable and a billiard hall kept residents actively engaged and prosperous. Early settlers and newer arrivals included businessmen or professionals: A civil engineer and surveyor, two physicians, a dentist, a watchmaker and jeweler, a teacher, a tailor and two dressmakers. Many residents were employed in the businesses and, of course, a large number of farmers and ranchers rounded out the population.

​​Seville was located just 83 miles southwest of the state’s major commercial center, Jacksonville, and was on the main line of the Jacksonville, Tampa, and Key West Railway. In the summer of 1887, the city of Jacksonville suffered a severe yellow fever epidemic which brought unexpected changes to Seville. The J. T. & K. W. Railway relocated their general office to the Seville Hotel in hopes of keeping the trains rolling without the interference of Yellow Jack. Unfortunately, by the summer of 1888 all of Florida experienced such a severe outbreak that guards were stationed at road crossings, bridges were blocked and trains were stopped to prevent access into or out of Florida.

​​The epidemic directly affected Seville. Many people left as soon as they could, were unlikely to ever return, and tourists stopped coming. As a consequence, a chain reaction in the decline of the once bustling economy put Seville, West Volusia, and all Florida on the road to a slow and, in some cases, an improbable recovery.

​​The memory of the yellow fever epidemic had just begun to fade and West Volusia communities were starting to grow again when "The Big Freeze of 1894-95" struck. Many of the citrus groves were destroyed and the area's economy suffered another blow.  The settlers determined to stay in Seville willingly took on any and all types of work and a "feeling of family" enveloped the entire community. By their diligence, hard work and perseverance, these pioneer families not only survived and left a heritage of courage to their descendants but set an example for the rest of us.
The town of Seville recovered somewhat over the decades, becoming a popular spot for commercial fishing, ranching and truck farming. It does not resemble the town it was in 1888, of course, but if you take a drive north on state road 17-92 to Seville, you can visit the Historic Seville School Community Resource Center and learn more about the fascinating "little city that was."
Take a drive to see the "little city that was."

The Seville Depot in the 1880s.
Believed to be the only log station ever built in the US

Seville Hotel in the 1890s. Built by William Lente it was advertised as "unusually comfortable & attractive".

A scene from the Lente Farm
Front page of the New York "Frank Leslie's Illustrated Newspaper" - Edition: week ending September 8, 1888. The caption of the photo is: "The Yellow Fever Scourge in Florida. Scene at a Railway Station Turning Back Refugees."
​Source: Volusia: The West Side, West Volusia Historical Society, DeLand, FL 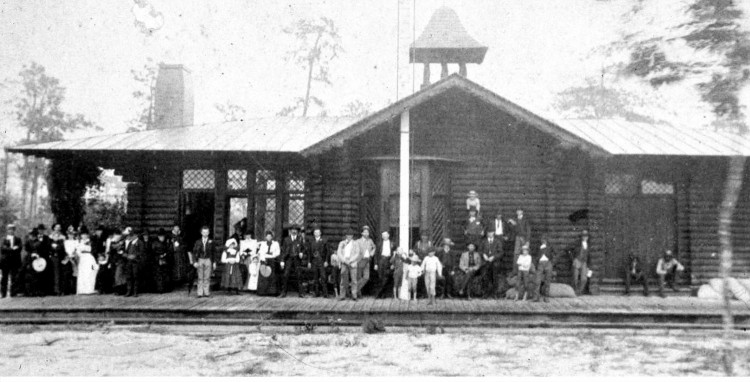 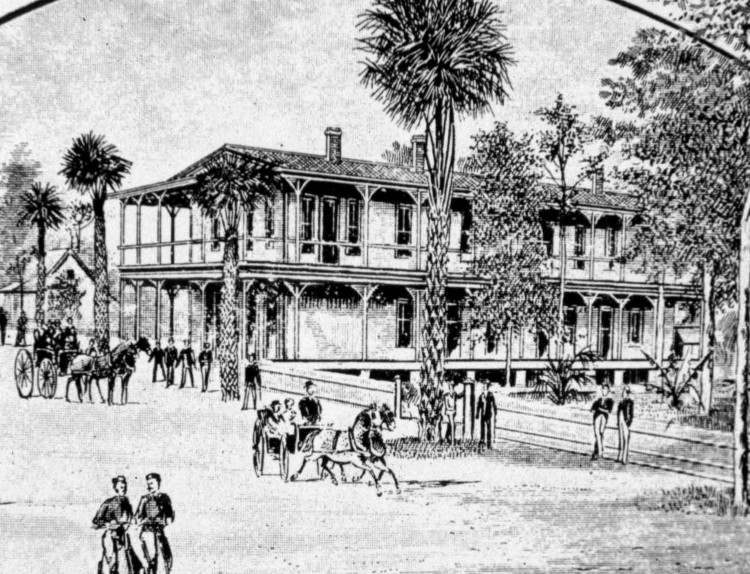 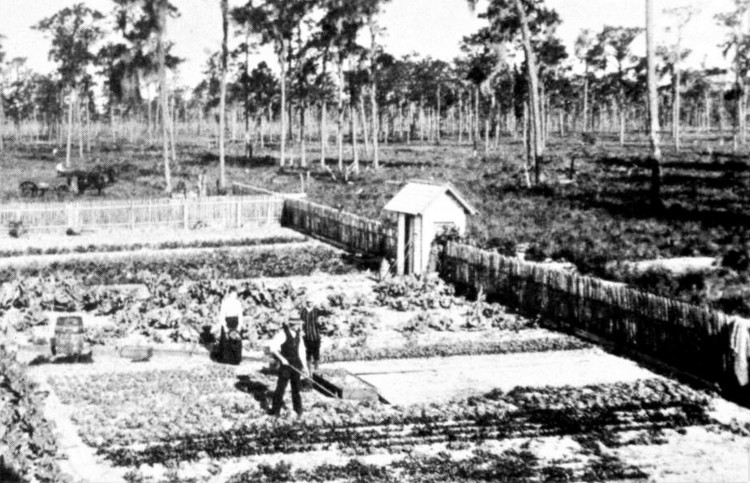 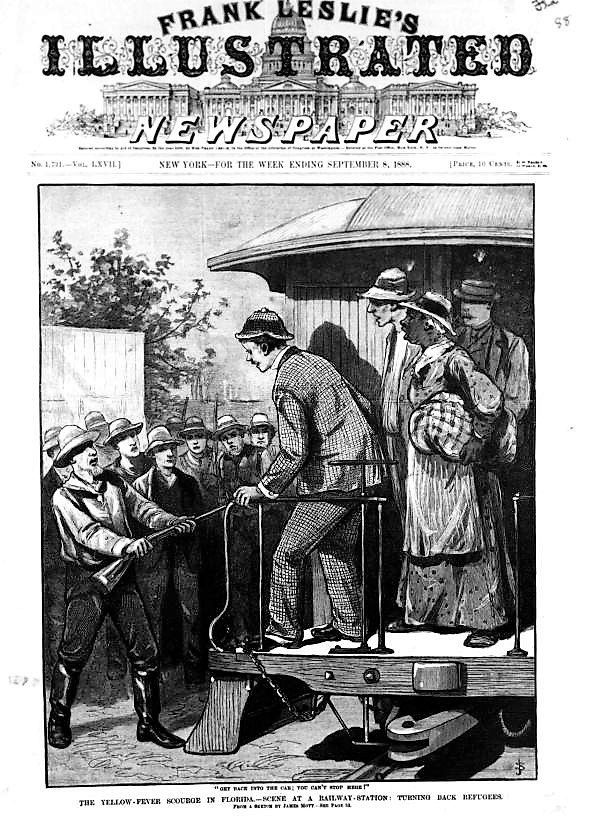