Why Is History Relevant?

I believe that the more you know about the past, the better you are prepared for the future.

Was Theodore Roosevelt trying to leave us a valuable piece of advice? Is history a tool for learning? Perhaps the best way to answer this is by looking at DeLand’s past.

When Henry Addison DeLand came to what was called Persimmon Hollow he birthed a vision of what he had known up North where he’d come from. DeLand envisioned the Athens of Florida; a town cultured, educated in the arts, productive and industrious. The early settlers captured that vision. The town was renamed after DeLand and it prospered. Its prosperity drew countless others to it as it grew but the town was not without major challenges.

First, there was the Great Fire of 1886. It was devastating. In one night, the majority of the town built from the long leaf pine forest it replaced burned to the ground. Undaunted, the townspeople rebuilt. Instead of rebuilding wooden structures, buildings were constructed of brick and mortar or poured concrete.  But more hardship would come.

In the Winter of 1894-95, the Great Freeze hit Florida. A wave of two extreme cold fronts damaged the citrus trees which were the livelihood of many people. The second cold wave brought temperatures so low for so long that thousands of fruit trees froze wiping out countless incomes. Honoring his sales agreement, Henry DeLand personally bought back properties be had sold rescuing many from ruin. In the end, DeLand managed to survive but its namesake moved back to his hometown in New York state.

Once again, the town continued to grow. Steamboats and the railroad brought people in droves. When the automobile became popular, paved roadways lead visitors to DeLand. During those years, most of the historic landmark buildings comprising the downtown were built along with several hotels. But along with change comes still other things.

When the Great Depression struck the nation DeLand suffered too. Times were hard but people and businesses persevered. WWII brought more change and a boost to the economy. The Post-War years saw growth treads that drew people and tourism away from DeLand.  In 1985, community efforts brought about improvements to the downtown streetscape along with establishment of historic districts that helped generated a resurgence of business.

Currently, the COVID19 pandemic has caused difficulties for downtown businesses. Yet, as in previous trials local entrepreneurs have adapted. Store owners are cooperating with one another. Some building owners have even offered unprecedented temporary low leasing to businesses. Shops have been offering limited visitation and services online. Orders from shops and restaurants are being placed and customers are using curbside pickup to still do business in downtown DeLand.

So, have we learned anything from our history? Time will tell.

The historic Miller Fish Building, one of the first to be restored after the fire, seen here in 1910. Today it houses part of the Museum of  Art
Larry French is a local historian with extensive background and knowledge of Florida. He has been a living history reenactor for over 45 years and the author of several books. He is a Lifetime Member and former Executive Director of the West Volusia Historical Society. 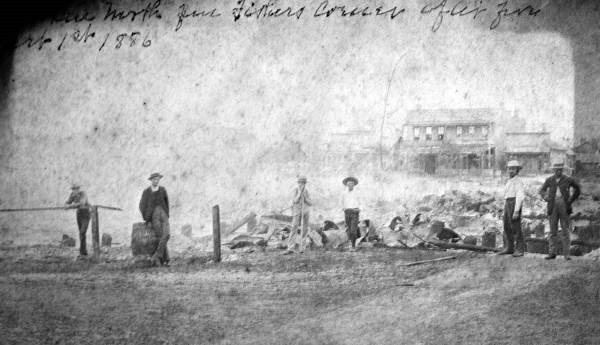 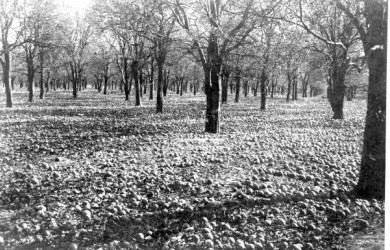 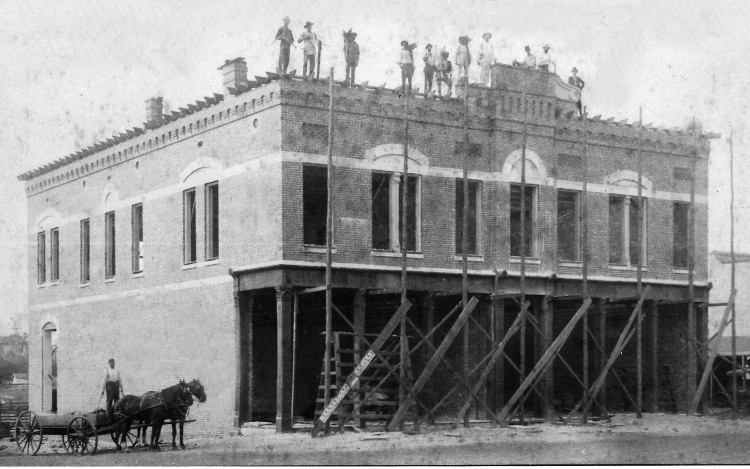