The last of the four homes built, the insurance office was, perhaps, always destined to be a place of business. Early on it became the lifeline for a widow, Rosa Haynes, who lost her husband Alex in 1929, the year of “Black Friday,” the stock market crash and beginning of the Great Depression. Within a few years Rosa had opened Mrs. Haynes Guest House. The

Sitting across Clara Avenue from the Haynes/Stout home was the Cary D. and Margaret Landis home. Of the four houses on that intersection, it was the largest with five bedrooms and five baths, standing three and a half stories high. The Queen Anne-styled house dominated its oversized corner lot with an imposing porch wrapping around three sides with Ionic columns. The poured concrete front steps spread out in a semi-circle to the wide sidewalk where a carriage block inscribed LANDIS welcomed visitors arriving in “horseless carriages” in the day it was built, 1907.

The interior of this home was a masterpiece of hand carpentry with a mahogany-paneled center hall featuring a broad staircase leading to a landing that split to continue up both sides of the house. Four wood-burning fireplaces graced the entrance hall, living room, library, and dining room. The dining room was, perhaps, the loveliest room of all with canvas-covered walls painted in pale water scenes of cattails. A fireplace surrounded by turquoise tiles filled one corner and a cupboard, in the shape of a seashell, held plates painted with exotic fishes filled another.  The room was lit with a large Waterford crystal chandelier and four matching wall sconces.

Cary D. and Margaret Landis came from Indiana where Landis had practiced law and owned several farms. He was hired in 1901 by Stetson's first president, Dr. John Forbes, to help develop the Stetson Law School. In 1903 he entered law practice with one of his students, Bert Fish, to create the firm Landis & Fish. The firm was extraordinarily successful and continues in practice today, some 117 years later as Landis, Graham and French.

The Adventuresome Life of Mickey Stout

Mickey was hardly the most wealthy or the most publicly recognized. Far from it. But she spent her adult life in a pursuit so far off the radar that most of us cannot imagine it.

After completing a degree at Stetson University, a Master’s degree at Columbia Bible College in South Carolina, studying linguistics at Oklahoma University and a 3-month course in jungle training, Mickey joined the Wycliffe Bible Translators to become a missionary in the Amazonian jungles of Brazil. For thirty years she lived deep in a jungle, delivering medicine and care to three separate tribes, but most significantly to the Kayapo, an indigenous people with a reputation for killing foreigners who strayed into their territory. She lived with a companion in a mud wattle hut, complete with flesh eating maggots and burrowing fleas, while translating their languages into a tape recorder. Every few years she returned briefly to the United States where she gave lectures on “My Life in the Jungle.” She learned to eat raw grubworms, roasted bat, and stewed parakeet.

​By the early 1940s, Rosa had reached retirement age and she sold the home to Colin and Lulu Stout, who transformed it into The Stout Guest House. A tall man with an easy smile, Mr. Stout was the Executive Vice President and Manager of DeLand Federal Savings & Loan. He was a World War I veteran and a staunch member of the Christian and Missionary Alliance Church. The Stouts had a son, Neal, and a daughter, Miriam, who was always known as “Mickey.” Born in 1932, Mickey grew to be a tall, lanky girl of 6’1” who was smart as a whip and a musical talent who became the majorette leading the DHS band in parades. She also grew up to become a missionary.

Mrs. Haynes is the driver of the car

Haynes were a fairly prominent couple who hailed from Rapids, Michigan. For a while he was in partnership with Russell Nahm selling Willis-Overland cars, but his real interest was in citrus, with extensive holdings in peaches and oranges.

I am uncertain who actually built this home, but its Arts and Crafts design, with battered wood columns tapering from the brick base on the front porch, made it distinct from the earlier post-Victorian homes scattered further along the street. The interior of the home has beautiful handcrafted woodwork from the Cairns and Pierson mill that

was on North Amelia. If you Google “Mrs. Haynes Guest House,” the first “hit” is a postcard for sale for $5.50 with a picture showing a substantial residence, with screened porches top and bottom in the rear, quite likely used as sleeping porches which were so popular before air conditioning.

​Landis was a handsome, white-haired gentleman with an imposing six-foot stature. His wife Margaret was tiny as could be, no taller than 4’10”. Besides their son Erskine who was born in Indiana in 1900, they had two children, Guenevere and William, who were born in DeLand. Guenevere died of acute leukemia just after her sophomore year at Bryn Mawr and William was born with cerebral palsy which left him a helpless invalid all his life. He died of pneumonia in his late twenties. In 1926 both Landis and Fish retired from the firm to pursue

other interests. In 1931 Landis was appointed State Attorney General and he and Margaret moved to Tallahassee. He gave the house at 244 W. New York Avenue to his son, Erskine and his wife Sally where they raised their five children, Cary, Lyla, Patti, Margaret, and Sally Ann.

​​That did not kill her. But her life in the jungle left her with a heart condition that proved fatal. Her mother went to Brazil to be with her the last six months of her life. And that is where she died at age fifty-five. She has a headstone in Oakdale Cemetery in the Stout family plot. It reads: 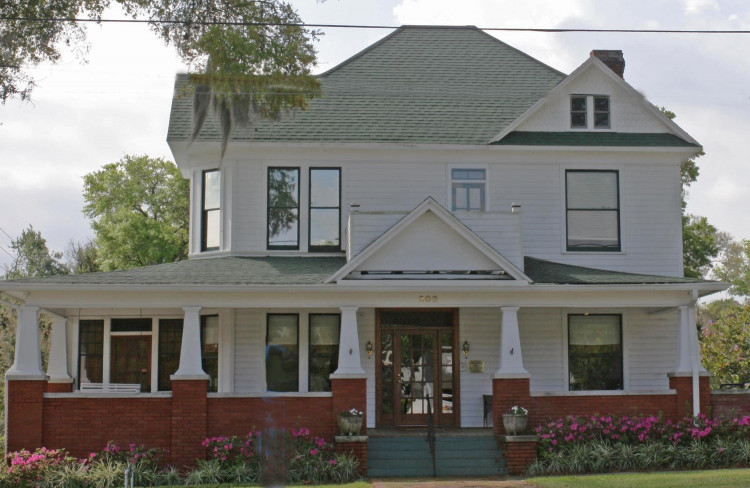 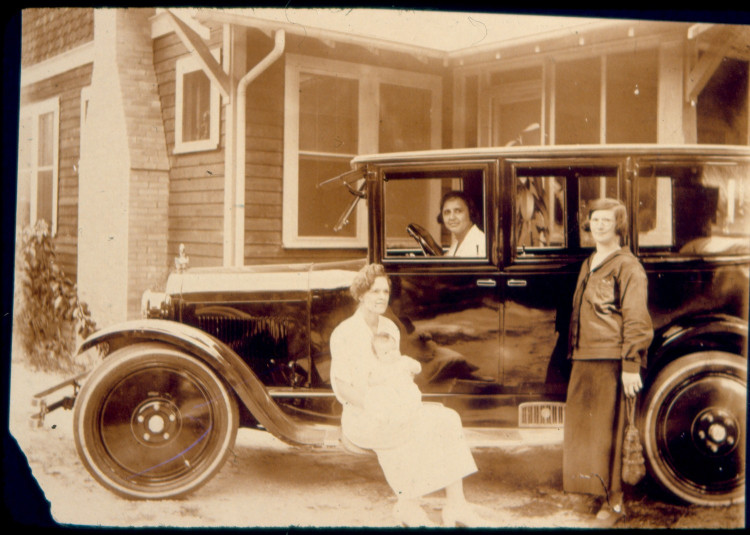 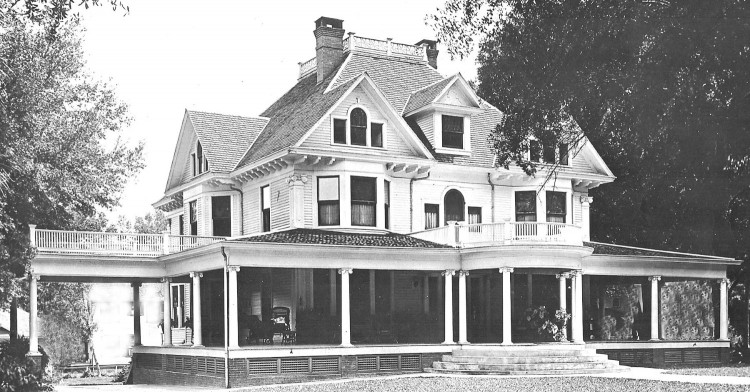 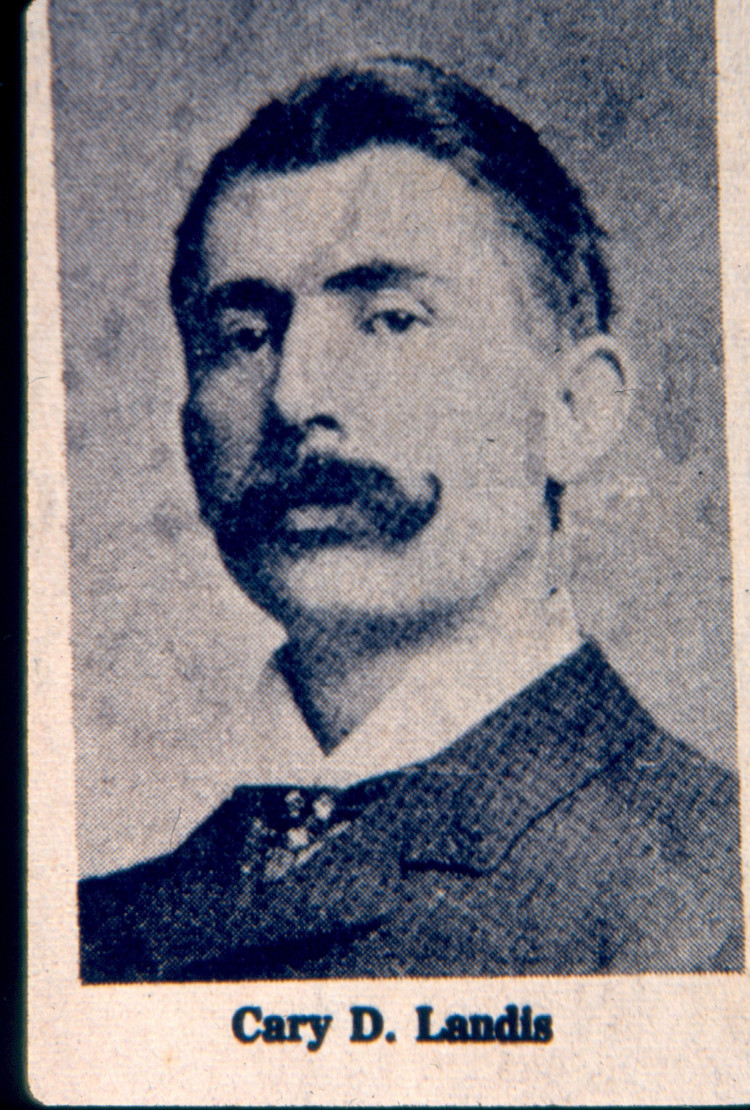 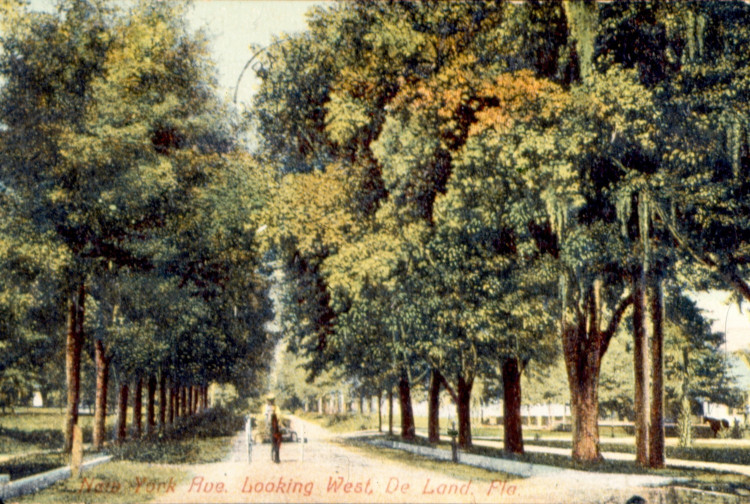