West Volusians who have never visited Burt’s historic and architectural legacy – his gamble – may do so by taking a Sunday Drive north from DeLand on U.S. Hwy.17-92 to DeLeon Springs city limits. Turn left on Retta Street (next to sub-shop) and continue west to the intersection of Retta and Audubon Streets. You cannot go beyond the gates.

There is an oft-told story that 50 year-old Fred Burt, a wealthy Buffalo, N. Y., paper box manufacturer, retired to Florida about 1910, toting a million dollars in three suitcases: One for gambling, a second for financial investment, and a third for land development.

Fact or fable, Burt’s Florida venture was a gamble: Throwing big money at 5,000 acres of near-wilderness well before the Florida Land Boom was risky business. Yet Burt’s wager was successful and undeveloped land with second growth oak and pine were transformed into three flowering visions: Spring Garden Ranch, South Farm and Burwyn Park.

​​Burt’s initial 1910 cattle foray at Spring Garden Ranch, a little north of “downtown” DeLeon Springs on Spring Garden Road, was not successful and he switched to raising and training horses. The original cattle barn, horse barn, two silos, blacksmith shop, machine shop, overseer’s house and half-mile racetrack are now listed on the National Register of Historic Places. The complex has become a world class horse breeding, training, and harness racing facility - the largest in North America.  The grounds are open to the public during the winter months when harness training is in season.
The South Farm, located just south of DeLeon Springs and west of Grand Avenue, was used mainly for the commercial raising of pigs, turkeys, angora goats, cotton, corn, vegetables and even cacti, the fruit of which was edible and made good jams and jellies.  The various shops, equipment and overseer’s house are now gone, replaced by Woodruff Wildlife Refuge and modern residential development.

​Burwyn Park was Burt’s “exclusive” residential development, entered from Grand Avenue onto Retta Street through wrought iron gates held by magnificent Arts and Crafts style columns with wing-walls. Although the gates were in place by 1912, the “English and Dutch Colonial” style homes were not built until the 1922-26 period. Only eight houses were eventually built, including one for Fred and Katrina Burt. All the vacant lots on Retta, Arthur (to the north) and Katrina (to the south), were built on in the post-WWII years.

​​A second set of gates, even larger and more remarkable than the first, stand at the west end of Retta Street at Audubon Avenue. They mark a road leading westerly through undeveloped forest to the St Johns River.
If you want to go... 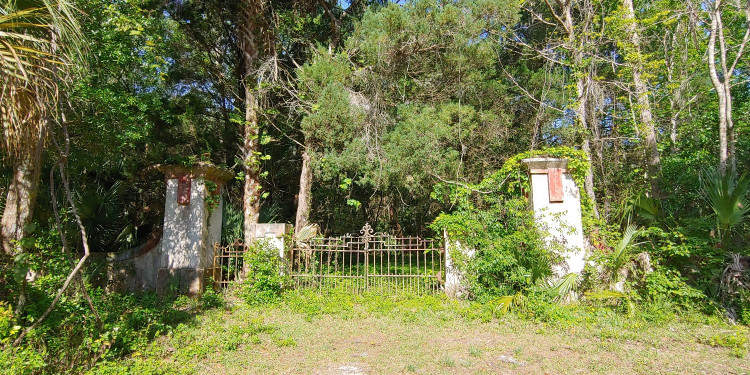 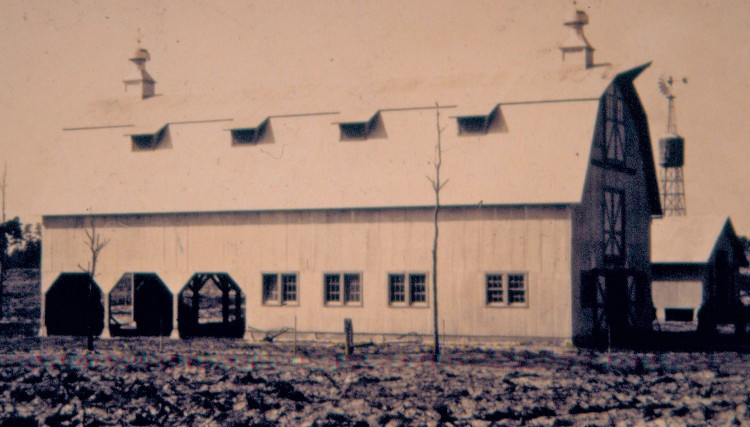 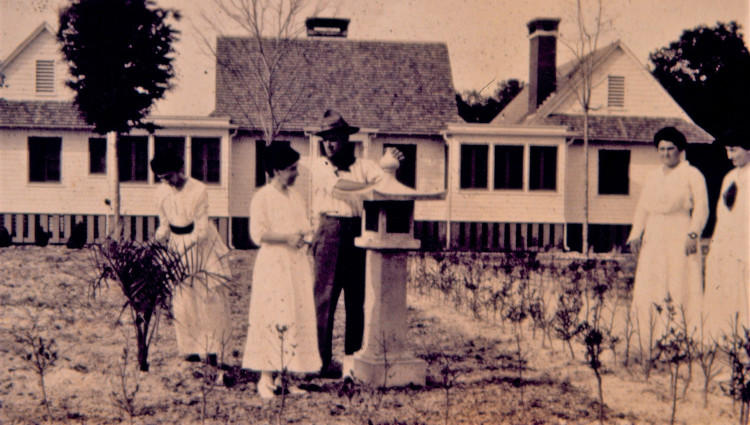 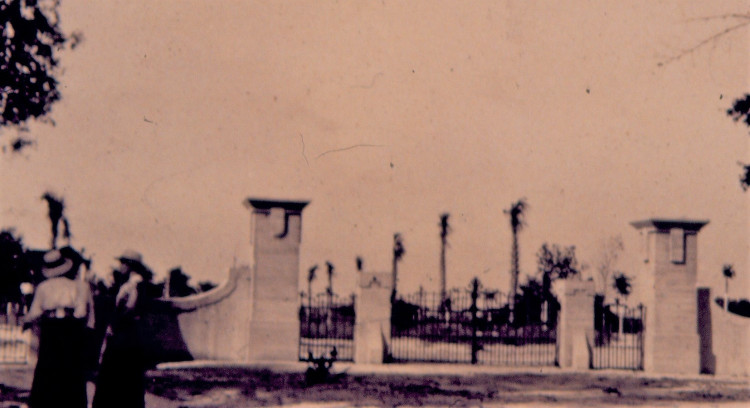